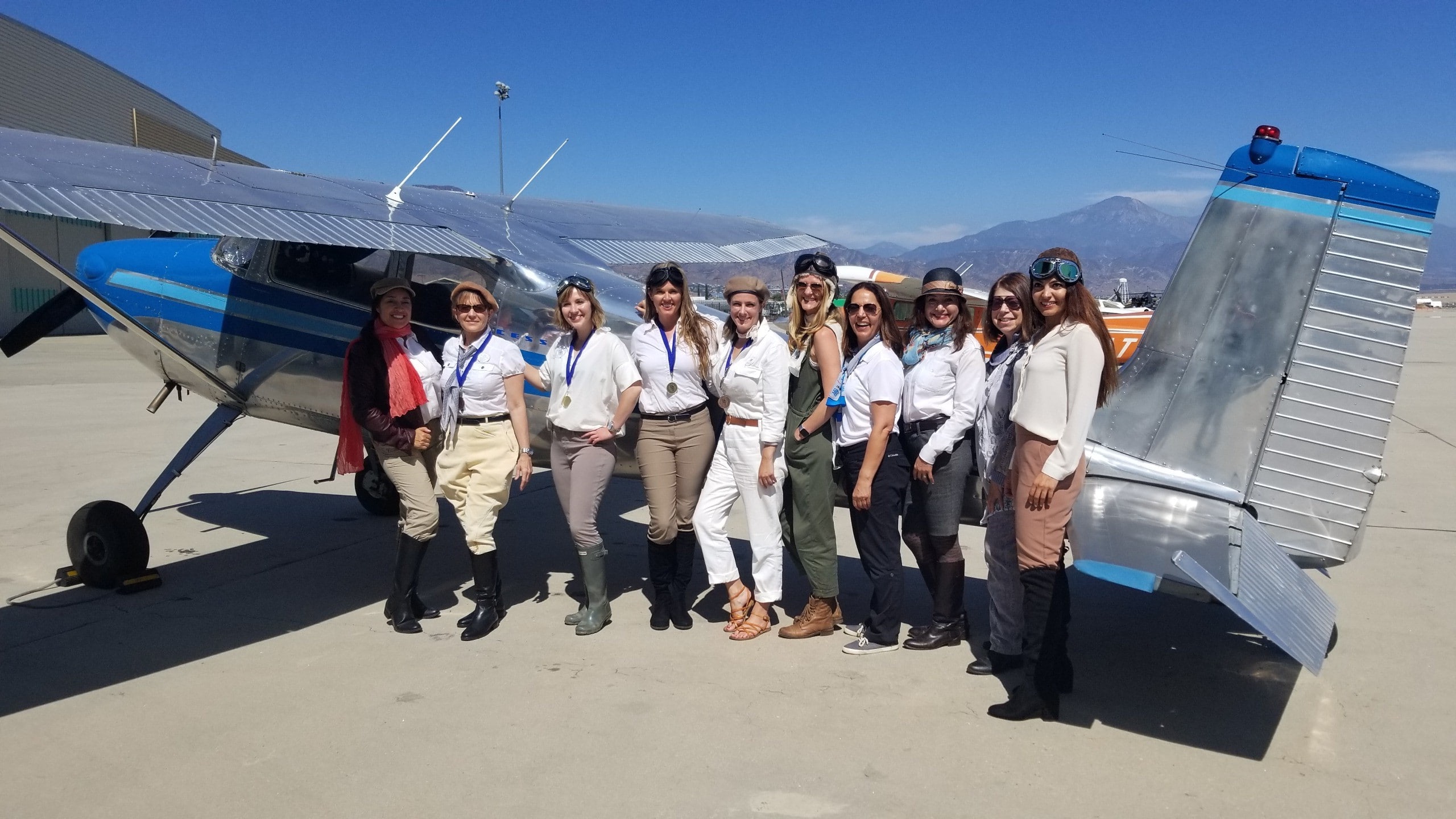 SBD International Airport’s history as the Former Norton Air Force Base is well known, but did you know that the Airport was a part of a historic event in aviation history, specifically women’s aviation history?

In 1929, in the early days of flight, twenty brave women, 18 from the United States and 2 international competitors, took flight from Santa Monica, California on August 18th for a transcontinental flight to the finish in Cleveland, OH, known as the Women’s Air Derby. The Derby was part of the 1929 National Air Races and Aeronautical Exposition.

To qualify, each pilot had to have at least 100 hours of solo flight which included 25 hours of cross-country flying. The 1929 Air Derby includes such iconic female aviators such as Amelia Earhart. And, guess where their first stop was? Right here at SBD International Airport!

Amelia Earhart and 19 other iconic women made aviation history right here in San Bernardino, CA. The pilots typically overnighted at each stop for refueling and repairs along with media attention and banquets. Fast forward 90s years, an additional 14 pilots and their supporters recreated the first leg of the 1929 Women’s National Air Derby by landing at the Airport and seeking services at Luxivair SBD.

While Luxivair SBD was not in existence back then, we were happy to greet so many wonderful female pilots from the Los Angeles 99s and their supporters with the same fanfare and 2019 tech services. The proud ladies arrived in their various aircraft dressed in outfits reminiscent of 1929 and celebrated the triumphs and achievements of all the female pilots that came before them; including the brave aeronautical pioneers that embarked on that amazing day in history.

Arhynn Descy, Chair of the Air Race Committee for the Los Angeles 99s noted, “For me, it felt very special to create an event that celebrated the women that flew in the 1929 Women’s National Air Derby – the women who then went on to create the organization that 90 years later we are all members of now. They were extraordinarily bold and courageous and by honoring them we are looking back at what they achieved for women aviators as well as for women in general. And by looking back at these inspirational women we are also looking forward and inspiring women and young girls with the belief that they can do anything they want to — that it is normal for a woman to fly!”

These female pioneers who competed in the first Women’s Air Derby in 1929 helped break down barriers so more women could learn to fly, earn their pilot’s license and fly for as far as the eye can see. Such courage and conviction!

The LA 99s want to thank Luxivair for hosting us and for giving us the most fantastic welcome. We experienced what the pilots in 1929 must-have experienced – a warm and exciting reception waiting for us at the end of the flight!

Thank you, again, to the Los Angeles 99s for including Luxivair SBD and SBD International Airport in the historic event. 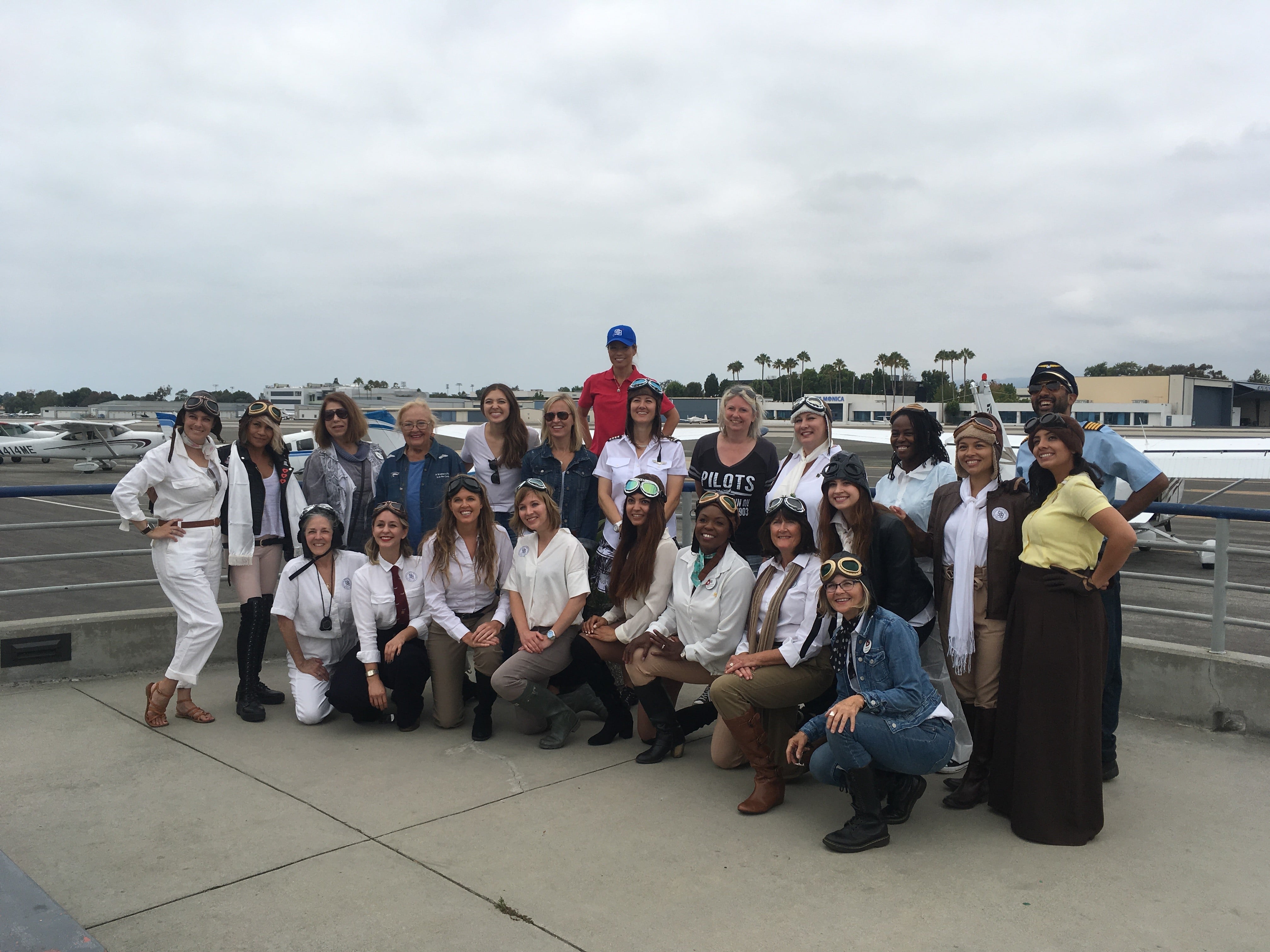 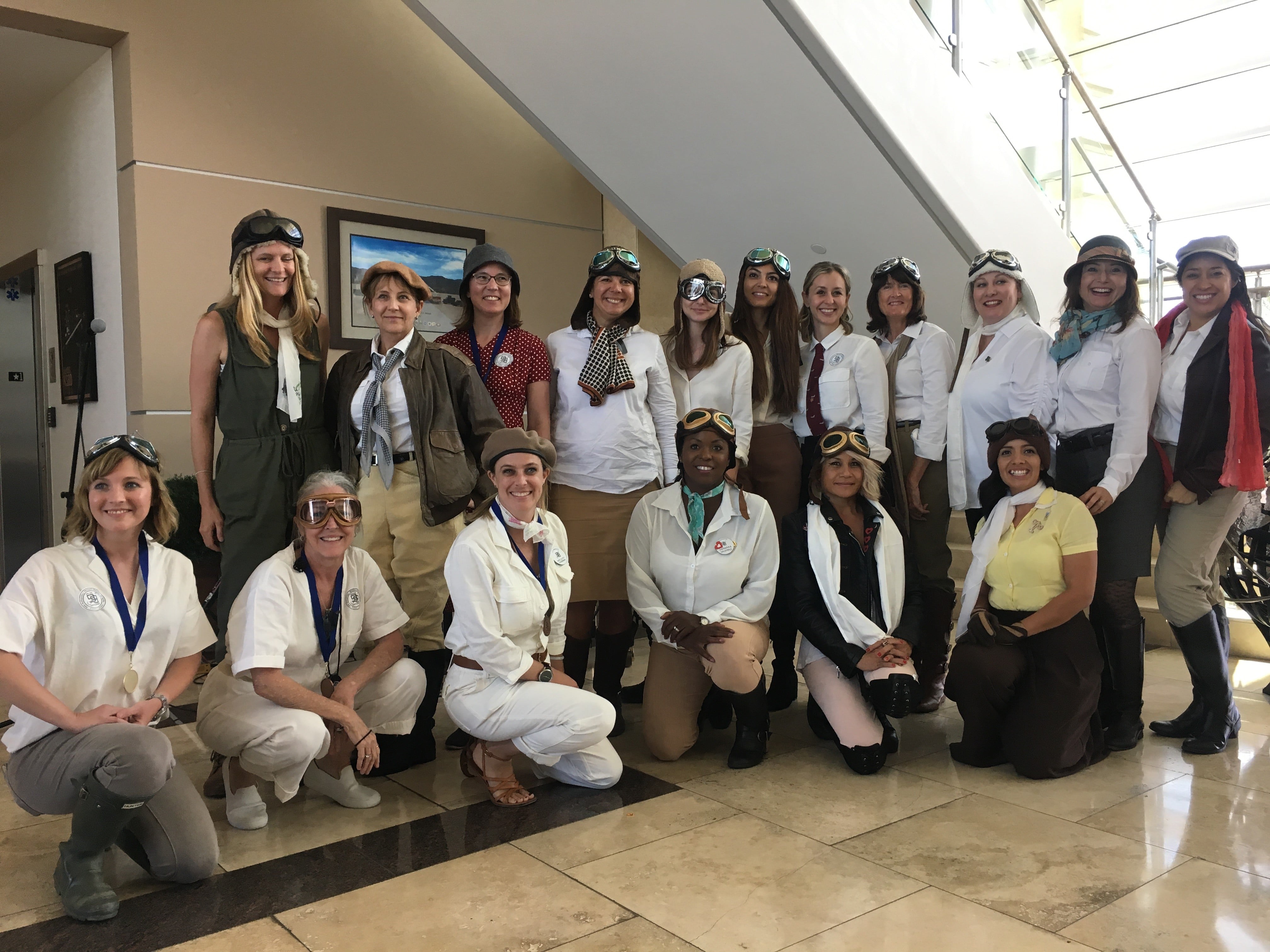 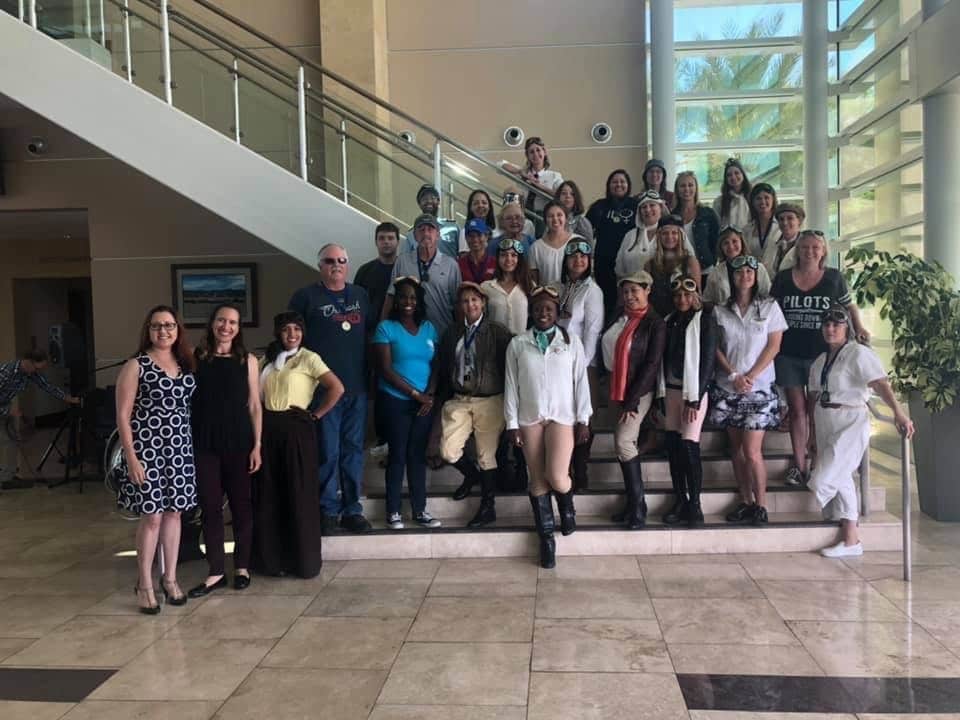